Have You Ever Wondered: What Do Court Reporters Do After the Proceeding Is Over? 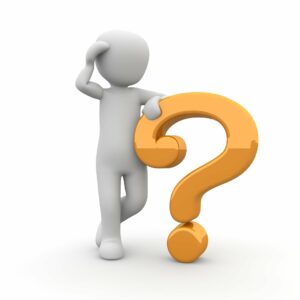 The deposition is concluded. The hearing is adjourned. The meeting is over. The court reporter, who has been sitting silently for most of the day, begins collecting documents and taking copy orders while packing up various equipment. The witness frequently comments as to his or her elation that a deposition is finally over. As the proceeding participants chat and file out of the room, it’s unlikely any of them are thinking, “What do court reporters do after this?” I am quite confident that’s the last question on anyone’s mind – except for the court reporter.

For court reporters, the end of a proceeding is when the real work begins. The hours we spend taking down the record are just the beginning of the production of a transcript. Some attorneys have the notion that a transcript is complete when the proceeding is over. I’ve actually heard some say, “All you have to do is print it out.” Wow. Let me try to spread a little enlightenment in that arena.

What a Court Reporter Does During a Proceeding

Though there are several different methods court reporters use to take down the record, most of us work with a stenography machine. These devices have come a long way since being invented and can now connect to laptops and translate into text as a proceeding is in progress. Court reporters use what is called “machine shorthand” to press the keys and create words on the screen. This activity is not “typing” in the true sense of the word, but it does appear very similar. Words and phrases are produced phonetically in syllables, and the immediate translation on the computer screen may not be the language that will be contained in the final transcript.

For example, let’s say an attorney asks for a rough draft after the deposition of a cardiologist. During the deposition, the doctor spoke about doing a coronary artery bypass graft surgery. What the doctor said was, “I did a CABG surgery on Mr. Smith.” What the attorney would likely see in the rough draft is, “I did a cabbage surgery on Mr. Smith,” because phonetically that is what the doctor said. Obviously that sentence is going to require that the court reporter do some research and editing.

Scoping: The Most Time Consuming Part of a Court Reporter’s Job

Scopists are the least known participants in the legal field. Though scoping is the most time-consuming and significant part of the production of a transcript, most attorneys have never heard of a scopist. There are thousands of scopists around the world, and their job is to do research and editing for court reporters. 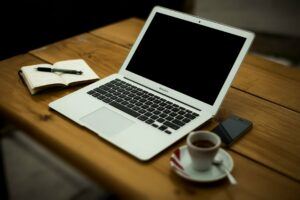 When a court reporter gets back to the office after a job, the digital file for the job is prepared to be edited. Many court reporters prefer to do their own scoping; some, however, do not. Scoping is very time intensive, especially for medical or technical jobs that require a significant amount of research for proper spellings. For some court reporters, their preference is to send the job file to a scopist to perform the tedious research and editing required.

Proofreading: The Polishing of the Transcript

After a transcript has been scoped, various information for the cover page and index is completed, and the final draft is ready to be proofread. Again, some court reporters prefer to proofread their own transcripts, but there are many who utilize the services of proofreaders. 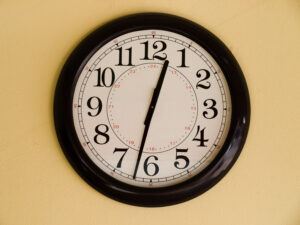 A production team takes the court reporter’s digital transcript file and produces hard paper copies or digital copies of the proceeding that the court reporter attended. Any exhibits that were admitted during the job are either printed and attached to the hard copy, or they are scanned and attached to a PDF or other format of digital file. If a video is taken of the proceeding, the production team will sync the transcript file with the video, allowing viewers to read the transcript while watching the video.

The production team also prepares other products to assist the client. Transcript word indexes are generated. These indexes list every word in the transcript, tell how many times the word is used, and list the pages and line numbers where the word is located. Condensed transcripts, also referred to as “travel copies,” are produced and allow the client to see four pages of the transcript on one sheet of paper. One sheet can contain eight pages if the front and back are used. This format can be very helpful for clients who need to reduce paper in their files.

Also handled by the production team is the actual packaging and distribution of the transcript copies and exhibits. Whether by hand-delivery, U.S. mail, special couriers, or email, the production team makes sure the court reporter’s product gets to the client as ordered and on time.

The Secret Behind the Magic: Now You Know

Contrary to how easy court reporters can make it look on the surface, production of a transcript is actually quite involved and is a real team effort. From the scheduler who takes the initial call to the production team who ships it out, a transcript is impacted by many people before it reaches its final destination.